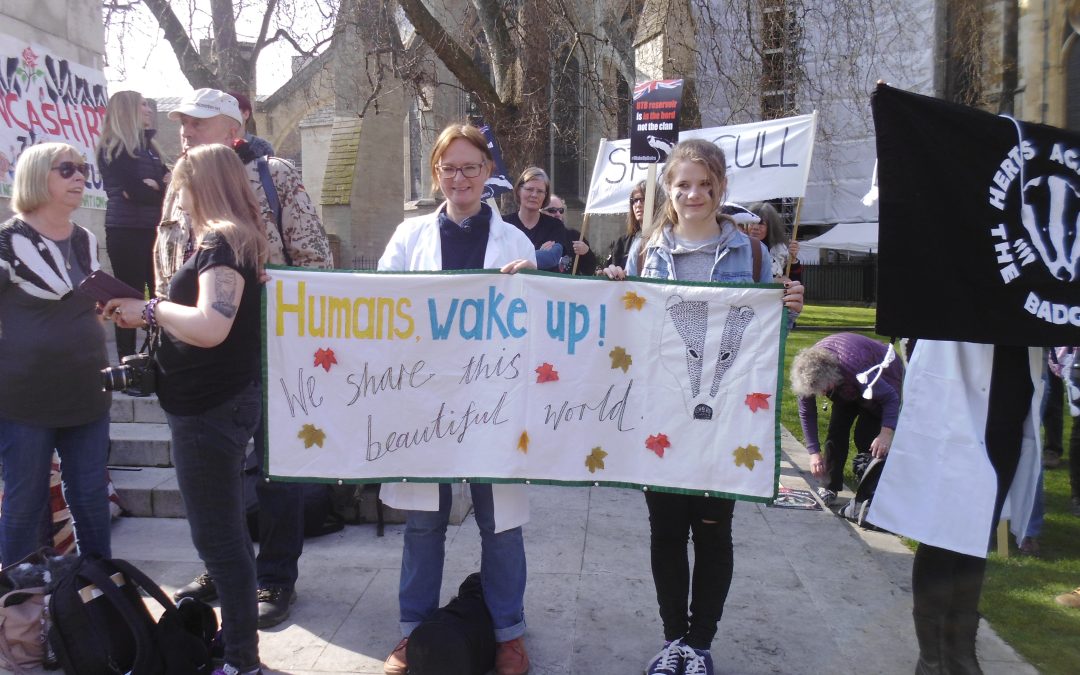 Next Thursday I’ll be addressing a full meeting of our borough council (Cheshire East) to voice my opposition to the government’s planned extension of the badger cull. The cull will come within a few miles of my home, and perilously near some of the setts I’ve been surveying for a long time now.

Last April, the Wirral & Cheshire Badger Group hosted a public event where senior vets and wildlife experts spoke eloquently and passionately against the cull. These included the Born Free Foundation‘s veterinary director Mark Jones, who insisted that the culling of badgers cannot be considered ‘humane’ in terms of the most basic animal welfare considerations that supposedly govern the veterinary profession (this has been echoed many times also by Vets and Vet Nurses Against the Badger Cull, who have repeatedly called on the Chief Vet to resign).

The principal declared premise of the badger cull is that badgers spread bovine TB and are therefore a threat to cattle and to the farming industry. TB in cattle is indeed a dreadful disease, but from a basic biological point of view, if one blames badgers then one must also blame other mammals such as deer, dogs, even humans. Badgers seem to be in the politically unfortunate position of not being owned by anyone, not providing any income to anyone and therefore acting as a potential carrot for the government to dangle in front of farmers, whose votes it sorely needs going forwards (and which also pleases big agri-business).

Another speaker at the April 2016 event was the wildlife broadcaster and author Simon King OBE, who said pointedly: “Badgers were here long before humans started messing around with cattle. They have a right to ‘be’.”

Simon also emphasized that, if we’re seriously discussing the spread of bovine TB, we need to bear in mind that “badgers don’t get transported up and down the motorway network … but cattle do.”

On various occasions I’ve met Cheshire farmers who farm cattle organically, who have multiple badger setts on their land, and who have not had any incidence of TB in their herds, despite neighbouring intensive farms having endured outbreaks. Those farmers tell us that quality feed, access to good pasture, good aeration, the absence of so-called ‘preventative’ antibiotics for cattle and basic farm bio-security ensure a healthy herd with robust immune systems.

Thousands of wild badgers are due to be culled this year on the government’s orders – including here in Cheshire – but to what benefit? Many cattle will still get bovine TB, so who shall be blamed next?

Governments do many underhand things, but the wholesale slaughter of an iconic native species such as the badger – and for purely political gain – is appalling.

It’s structural violence as well as individual violence, and we need to oppose it in non-violent ways wherever we can.