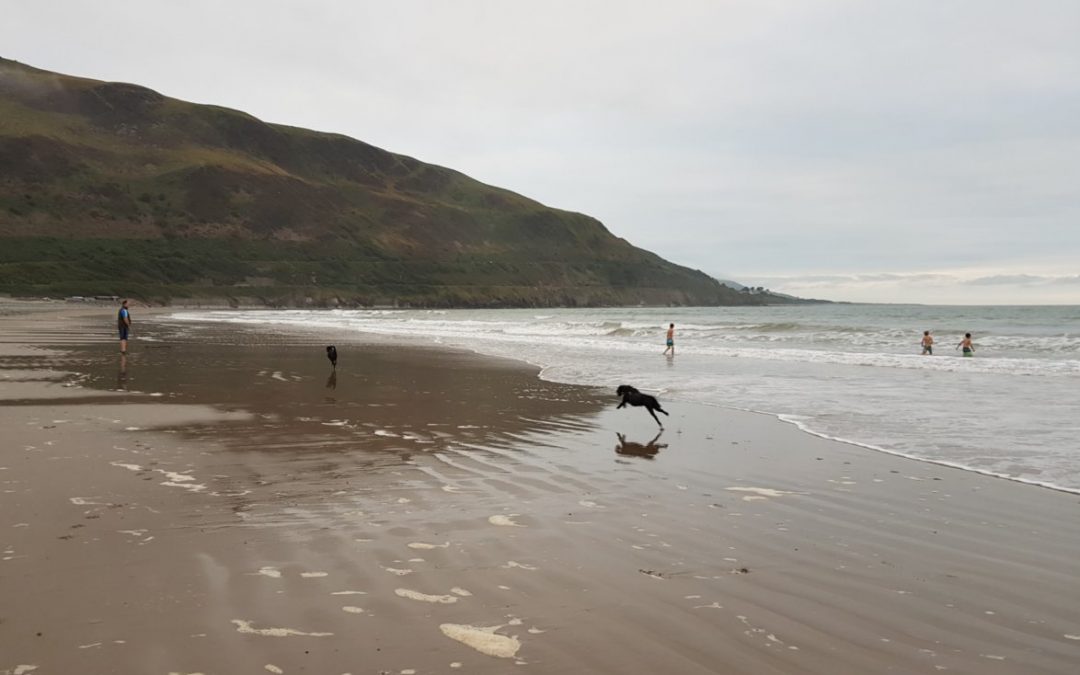 Fairbourne, Gwynedd. This is somewhere we’ve often walked, paddled, swum and cycled. It’s where Aggie first swam in the sea and where the boys made their first rock towers. It’s on lots of our holiday photos.

It’s also the first community in the UK to be de-commissioned because of climate change. Sea levels are expected to rise so significantly there that the entire village is being slowly evacuated and then demolished through a ‘managed retreat’, so the area can return to salt marsh. This will take years, but it’s a real-life thing, as of now, with council decisions having been made about the de-commissioning. Fairbourne is a real place, with a Blue Flag beach, a train station, a chip shop and a restaurant – as well as a real community of 850 real inhabitants who are all going to have to leave. If you don’t believe me, read all about it in today’s Guardian Weekend magazine. That’s Fairbourne.

All this is frightening in and of itself – but at the end of the day, this is a community in the UK. Although there’s no meaningful compensation as such for the people having to move out, and although the wholesale evacuation of any community is tragic, we can assume they’ll at least be able to settle somewhere else. How many low-lying coastal communities and even cities in other parts of the world, much poorer and in countries without social security nets, are going to be subjected to emergency evacuation in the coming decades, but without anywhere to go and with zero help?

I’m not sure what else is needed to impress on some people the dire climate situation we all find ourselves in. Because when we’ve started talking about de-commissioning coastal communities in the UK, things are getting pretty damn serious.

If people are still flying for their holidays every year, they need to stop – they can take the pledge at www.flightfree.co.uk. It might sound like a big step, but it’s essential – and after a little bit of grieving, there’s actually a whole beautiful world all around us that we really don’t need to fly to.

If people are still eating meat, they need to stop that too – for lots of reasons. They can see www.meatfreemondays.com if they really don’t know where to start, or ideally go vegan – see www.vegansociety.com/go-vegan/how-go-vegan. Industrial animal agriculture is a HUGE driver of climate change.

It’s time to fight for our planet and all the life that depends on it. It will involve some really difficult choices, but it’s a no-brainer because this is our moral duty.

Yes, this kind of talk might be the reason I don’t get asked to very many dinner parties … and I actually don’t like it when my Facebook posts sound like depressing sermons, because I want things to be FUN and UPLIFTING instead … but we can’t pretend it isn’t happening.