For Foxes’ Sake: Why Did Cheshire Police Refuse to Discuss Fox Hunting at a Meeting about Wildlife Crime? 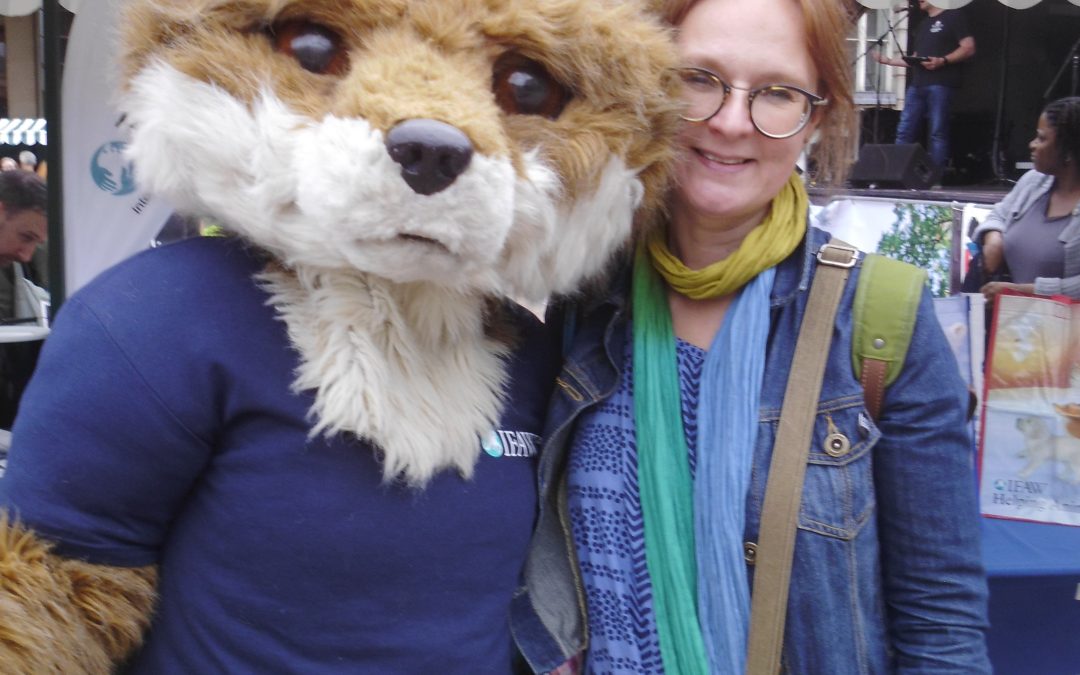 Last night I was at a meeting in Nantwich, organized by Cheshire Wildlife Trust, where the speaker was a PC from Cheshire Police whose presentation was about wildlife crime in the county.

The opening lines of her talk were: “If people have questions about trail hunting or the badger cull, you need to address those to our press office; I’m only here to talk about wildlife crime.” I’ve italicized that because you might want to read it twice.

It might be worth pointing out at this stage that the PC was a rural beat officer in Cheshire whose role also included wildlife crime officer duties – therefore we could expect her to know what constitutes wildlife crime and what doesn’t. Or could we? Considerable swathes of the presentation centred around sheep worrying and there was also mention of pet shops. Both serious concerns, yes – but neither of them wildlife crime.

North Wales was also mentioned – but only in the context of it being a hot spot for escaped huskies going after sheep. No mention of the Flint & Denbigh Hunt, for example, or of individuals (connected to hunting, unincidentally) being convicted only this week for badger baiting in Snowdonia.

When the floor opened to questions, I immediately expressed disbelief that trail hunting wasn’t allowed to be discussed at a meeting about wildlife crime, pointing out that it’s the one activity where crimes against wild animals are committed most blatantly week in and week out at the moment. Again, the PC refused to comment.

I then asked a more specific question about quad bikes, in particular why the police aren’t using stop-and-search on quad bikes without registration plates, possibly without insurance either, and, crucially, who are turning up at ‘trail’ hunting meets with terrier boxes on their bikes. If they’re transporting terriers, why would a hunt whose hounds are supposedly following a laid trail and not pursuing live animals need terriers? Or are the boxes also for ‘bagged’ foxes, captured, held live and then let out to face a certain death after being pursued by hounds?

A friend of mine also asked further about the quad bikes issue, and in the end we were told that it’s not good enough to have a suspicion of wrong-doing, but that we’d need to have physically seen foxes being put into the boxes. That’s just not going to happen though,  when it’s all done behind closed doors, on private land and in derelict barns.

It’s of course a good thing that police stop-and-search powers be curtailed when they’ve been routinely misused and abused in urban areas for decades. But law enforcement really is an ass if it can’t do anything at all about quad bikes with dog boxes being used for so-called ‘trail’ hunting.

The question remains: why was a wildlife crime officer instructed not to allow discussion of trail hunting last night?

A second question might be: why did Cheshire Wildlife Trust – “the voice for wildlife in the Cheshire region” and “standing up for nature”, to quote their website – allow a ban on any trail hunting discussion when the subject of the evening was wildlife crime?

A third question might be: in a packed room of dozens and dozens of supposed wildlife enthusiasts, how come only two of us challenged the speaker on trail hunting? Do Cheshire Wildlife Trust members ‘love wildlife’ but dislike some wild animals having the right to live free from fear and harm from humans? Is it really a case of ‘love merlins, love dormice, hate foxes’?

A fourth question might be: what exactly will it take for Cheshire Police, and police forces in general, to take wildlife crime seriously by tackling illegal fox hunting? There is no shortage of evidence, thanks to Cheshire Monitors. There are amazing people out there in the field disrupting the hunts – Cheshire Hunt Saboteurs and their colleagues who regularly come into Cheshire from other areas. There are citizens out protesting the existence of ‘trail’ hunting, now coming together as the Cheshire Against The Hunt collective. But until the law and law enforcement start doing their job properly, we are banging our heads against a dry stone wall.

Wild animals, including foxes, have a right to ‘be’. We have already built over much of their habitat. We now need to leave them in peace in the small sections of land they have left. A great place to start would be to strengthen the hunting ban to make it fit for purpose.

There’s a lot of work to be done – and we won’t be silenced by police ‘bans’ on discussing so-called trail hunting.