Water of Life: A ‘Badger Meditation’ on Small Kindnesses 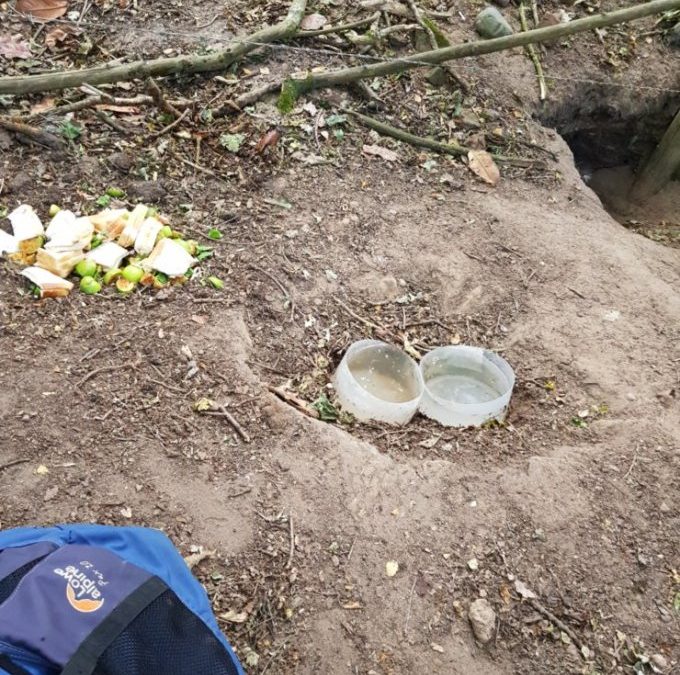 This week I’m standing in for a friend who’s away on holiday and who puts out water and some food nightly for a local family of badgers. It’s a ‘baby-sitting’ job that I appreciate on so many levels – the chance to do a favour for a friend, the chance to help badgers, to walk or cycle to somewhere different than my usual routes – but also to spend some thinking time.

Last week, it was confirmed that the UK government’s politically-motivated badger cull had begun in Gloucestershire. Incredibly, reports have come out that the badgers there are being baited, during this heatwave, with water.

What Has the World Come To?

What has the world come to, when a government decides to exterminate an iconic and usually protected native species, and when those involved in the slaughter then use water – that most basic resource valued by every mammal on earth – to entrap and kill them?

“A human being … experiences himself [sic] as something separated from the rest – a kind of optical delusion of consciousness,” wrote Albert Einstein. “This delusion is a kind of prison for us, restricting us to our personal desires and to affection for a few persons nearest to us. Our task must be to free ourselves from this prison by widening our circle of compassion to embrace all living creatures and the whole of Nature in its beauty.”

What a contrast with the cull in Gloucestershire, and those who would use the disastrous weather to their advantage, trapping badgers by using drinking water as bait.

I like to use Einstein’s quote because he’s seen as the ultimate scientist. He wasn’t an animal rights activist – he was a physicist. But so many of his writings show that his genius went far beyond physics, and often embraced an understanding of what’s wrong with humanity.

What Science Can’t Tell Us

Equally, a writer acquaintance of mine, a former activist and now a Booker-longlisted author but very much a non-scientist, happens to be really good at talking about science. “Science … can’t tell us what matters in our human lives, and why,” writes Paul Kingsnorth in his short piece ‘In The Black Chamber’.

Science can’t tell us, for example, why it feels so good to put out water for wild animals. It could offer us some theories about empathic behaviour, or altruism, but it can’t really tell us what this is about. Science doesn’t really like to talk much about humans as plain members of the biotic community, and yet that’s what we are. When we’re putting out water for other species during a hot spell, we’re on some level seeing them as equals. Perhaps water is an easy equalizer amongst mammals; we all need it, and when water becomes scarce, it’s natural to think about those who might not have access to it.

Water has become an equalizing force elsewhere too, in human relations and human politics. In New Mexico, for example, the US government has been placing barbed wire across streams in an attempt to privatize water. Others are protesting against it, arguing that water is a resource belonging to everyone.

“All life has a natural right to share in Nature’s wealth to ensure sustenance,” says Vandana Shiva. But current geopolitics sees us facing unprecedented ecological draw-down where governments and corporations are engaged in ‘the economics of war’, namely power struggles over natural resources and who has control over them.

Science can’t tell me why I like putting water out for the badgers. Part of it is surely that it’s hot, their stream has run dry and they need water to survive. Part of it is probably a kind of personal off-setting; my own country’s government is culling these peaceful creatures, and I don’t agree with it. I’m on their side, not the government’s side. It’s therefore an act of kinship.

Badgers are neither eaten nor legally hunted by humans in this country. That’s helped them in the past, but it also makes them economically redundant. There’s no column in the government’s ledgers where badgers might be regarded as an asset. They don’t contribute to our GDP, end of. And what we might call ‘the deep world gift economy’ – which would include doing favours for friends, and looking out for wild animals during heat waves – doesn’t figure there either.

And yet. “GDP measures everything other than the things that make life worthwhile,” said Robert F. Kennedy.

In a world where my own government seeks to slaughter these Ice Age survivors who have asked for nothing but to be left alone, a chance to do anything at all to help these animals in our everyday world is a gift that helps make life worthwhile.

I can sign petitions to say I don’t agree with the badger cull. I can go on marches and speak at rallies to say why it’s wrong. I can be a Wounded Badger Patroller and be out there in the badgers’ night-space trying to defend them.

But at the end of the day, what science and economics can’t tell us is that it’s the small kindnesses that make life worthwhile, and that reaching out to help other species in our day-to-day living is one of those things.

One of the things that science and economics don’t tell us is that some things just can’t be measured – thank goodness.